Rarely has an author had such an impact on international literature with her first novel, especially when it focuses on the dark subjects of rape, child murder, and the dissolution of families. Yet with The Lovely Bones, Alice Sebold seemed to manage the impossible.

“My name was Salmon, like the fish; first name, Susie. I was 14 when I was murdered on December 6, 1973.” So begins The Lovely Bones, one of the best-reviewed novels of the decade. The book quickly became an unprecedented international bestseller, with translations in over 45 languages and American sales alone of over five million copies. A film version of The Lovely Bones (Fall 2009) was adapted, written and directed by Peter Jackson. A stage play of The Lovely Bones, adapted by Bryony Lavery, premiered in London in 2018. Three months after the publication of The Lovely Bones, Sebold’s 1999 memoir Lucky, an account of her rape at the age of 18 and the trial that followed, also rose to number one on The New York Times bestseller list. Lucky was reissued by Scribner, with a new forward by the author, in 2017. Lucky is set to be adapted into a feature film by Karen Moncrieff.

2007 saw publication of The Almost Moon, Sebold's controversial second novel, which began with yet another gripping first sentence: "When all was said and done, killing my mother came easily." Another #1 bestseller, The Almost Moon generated more critical discord -- both laudatory and negative -- than any other novel in memory as Sebold plunged into taboo territories of matricide, mental illness and profound ambivalence about mother/daughter relationships.

Born in Madison, Wisconsin, Sebold grew up in the suburbs of Philadelphia and attended Syracuse University as well as the University of Houston and UC Irvine. She has contributed to numerous anthologies and edited The Best American Short Stories 2009. She selected and edited the first four published books with Tonga Books, a Europa Editions imprint specializing in works of literary fiction by American authors. 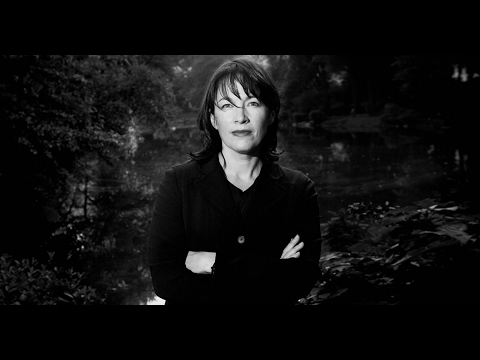 Sebold on the Charlie Rose Show

StudyBreaks: ‘Lucky’ By Alice Sebold: The Woman, The Author, The Narrator (2017)